5 Types of Twitter Hashtag Explained (and How to Use Them) 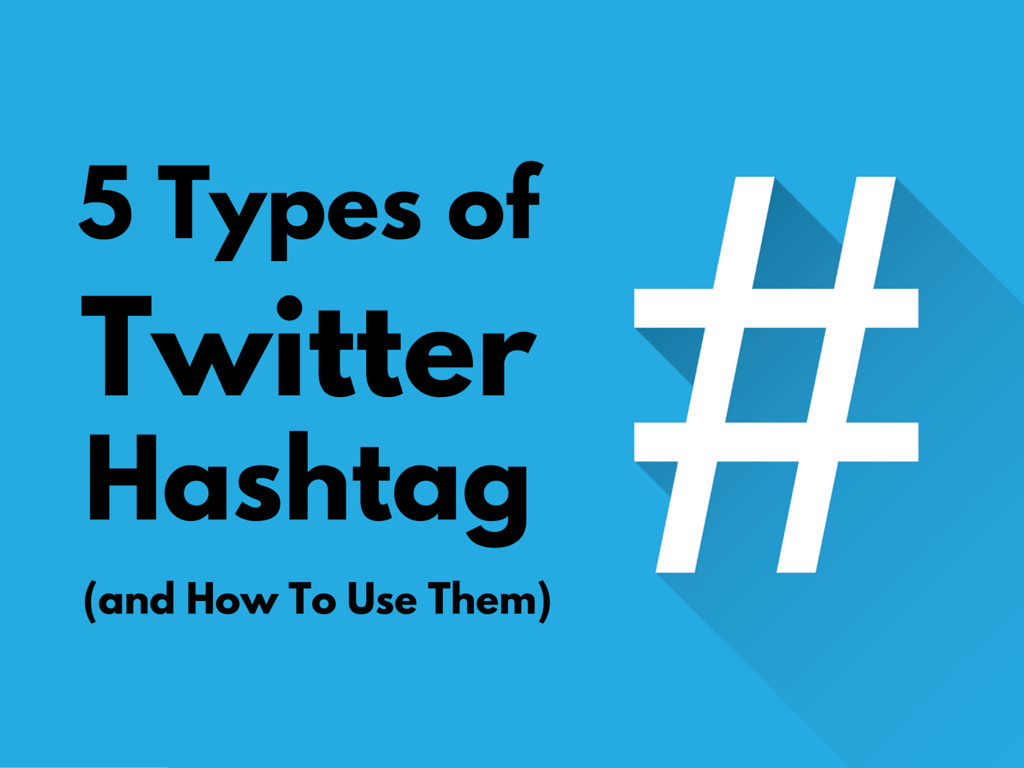 Hashtags are incredibly important on Twitter as they allow people to join conversations about things that interest them. As brands, we can also jump in on these conversations — provided that we obey the basic hashtag etiquette.

For those unfamiliar with the hashtag process, including a word with a hash (#) at the start makes it a clickable hashtag on Twitter. By clicking on the hashtag, it’s possible to see all the other Tweets that are using that hashtag.

For example, when a popular TV show like The Apprentice is live, thousands of people will take to Twitter and Tweet their opinions about what’s happening, using the hashtag #theapprentice or #apprentice. Others watching will search for mentions of this hashtag to see what people are saying.

Let’s dig a little bit deeper and look at the different types of hashtags out there that business’ can use to multiply the reach of their Tweets:

These are ad hoc hashtags that have been naturally and organically adopted by Twitter users. For example #Londontravel or #IloveLondon. They receive occasional use and aren’t focused around a particular event.

Be sure to keep an eye out for these user-generated tweets as they can very quickly gain traction and explode into the Top Trending list on Twitter and remain there for several hours or sometimes days.

By jumping in on the latest trending hashtag with your own spin that relates to your company — whilst refraining from being too cheesy or self-promotional — you can connect with Twitter users far outside of your typical audience of followers.

Almost every major event has a hashtag, from the #Oscars2016 to #LFW (London Fashion Week). Exhibitors and brands involved with events can piggy-back off these hashtags to gain more exposure amongst attendees and those at home keeping up with the event on Twitter.

For a great example of other businesses using hashtags to great effect during events, take a look at this stratospheric social media update by WordStream from our post about live-tweeting.

There are certain hashtags that have their own niches and communities around them, like #TTOT (“Travel Talk on Twitter”, used by travel bloggers) or #ThrowbackThursday (a celebration of the past, every Thursday).

These sort of evergreen hashtags can be used to tap into a specific audience or just generally demonstrate awareness of Twitter communities.

Should you wish to delve deeper into the audience for an always-on hashtag for a chat (such as #TTOT), try reaching out to the chat hosts to see if they’d be open to featuring your Twitter account as a special guest host, paired with a prize for the best Tweet posted during the chat with the hashtag.

Sometimes a brand will create their own hashtag to tie in with an ad campaign or link themselves to an event. For example, a client of ours was running a Halloween promotion, so we created the hashtag #PkScream to tie their Halloween posts together.

Again, regular weekly and bi-weekly chats often use the same hashtag to keep track of the conversation. One regular power-user of their own branded hashtag is Expedia who host their chat, #ExpediaChat, every Wednesday

Some hashtags market a particular brand without featuring the brand name at all, such as Charmin’s #Tweetfromtheseat campaign. The campaign is still unique to Charmin but instead of focusing on the brand name, the focus is around the concept.

In short, #hashtags should be:

Which hashtags are working for your business so far?