We’re Exposure Ninja, a digital marketing agency obsessed with positive impact for our clients, our colleagues, our communities and our planet.

We use our profits to fund projects that empower and provide education to others. Through our Ninja Foundation and Ninja Mentoring programmes, we strive to provide equal opportunities to those from less privileged backgrounds.

We work remotely, minimising our impact on the environment and carbon offsetting our tech.

How It All Started

I started Exposure Ninja in 2012 after building a website for my next-door neighbour — a plasterer. Having helped it get to the top of Google in our sleepy little town and seeing how the work that resulted from it changed his life, I was hooked and started building sites for other trades. Word spread, and soon my small freelance team and I were building sites for plumbers, roofers, scaffolders, drainage experts, heating engineers and electricians.

Having had so many conversations about digital marketing with these trade clients, I realised that the misinformation spread by big firms to sell their ineffective and largely automated services was a big problem. Each time a business got burned by signing up for 12 months of inescapable hell, it became less likely to dip its toes into the shark-infested digital marketing waters again.

This was creating a gap between large businesses and SMEs that were terrified of being scammed, resulting in a complete lack of marketing.

In 2013, I wrote the first edition of “How to Get to the Top of Google.” As much as I’d love to say that this was part of some grand plan, I just wrote it so that I had a reference to point people towards that would explain search engine optimisation (SEO) in plain English. But the book started to take off, and people started contacting me asking for help with their SEO.

So I set up Exposure Ninja and started hiring more people to work for these clients who, by now, were no longer only trade clients — they were SMEs of all varieties spread across the world.

Then the book became a bestseller on Amazon, and chaos ensued.

As we contemplated how to handle the demand, we somehow concluded that a physical office was required. It was time for Exposure Ninja to grow up and become a “proper company.” You know, desks, meeting rooms, a kitchen. We even got a pool table — we are a marketing agency, after all.

Being the absolute geeks that we are, we had always relentlessly tracked our productivity and performance. We noticed quite quickly that the office wasn’t all it was cracked up to be. Our productivity didn’t go up; it actually went down. As did our sales. We all became busier, with clients coming in for meandering three to four-hour meetings rather than the focused one-hour calls that had worked so perfectly before. 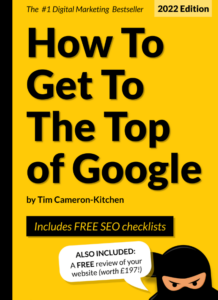 But the biggest blocker was around hiring. Our talent pool was essentially limited to a five-mile radius around the office, which wasn’t necessarily the location of the best candidates available. We had always worked with a global team and had been used to hiring the best person for the job regardless of their location. Reducing our hiring radius felt weird and led to us having to make compromises.

In October 2014, we shut the office after six months and went back to being fully remote.

As we released more bestselling books breaking down the strategies that we were using for clients, demand for our services increased. We committed to sharing what we learnt about digital marketing and client work through our podcast, webinars, workshops, YouTube channel, guides and blog posts.

As time has gone on and our services have grown, so have our clients. Today, Exposure Ninja has expanded to help ambitious medium-sized and enterprise-level businesses in dozens of different industries — including eCommerce stores selling all kinds of products — with the team growing to over 100 Specialists across SEO, content marketing, PPC, design and development, CRO, social media, email and strategy.

It’s been quite a ride, but we’re not done yet. Nothing beats the feeling of seeing clients grow and knowing we’ve been pivotal in that. 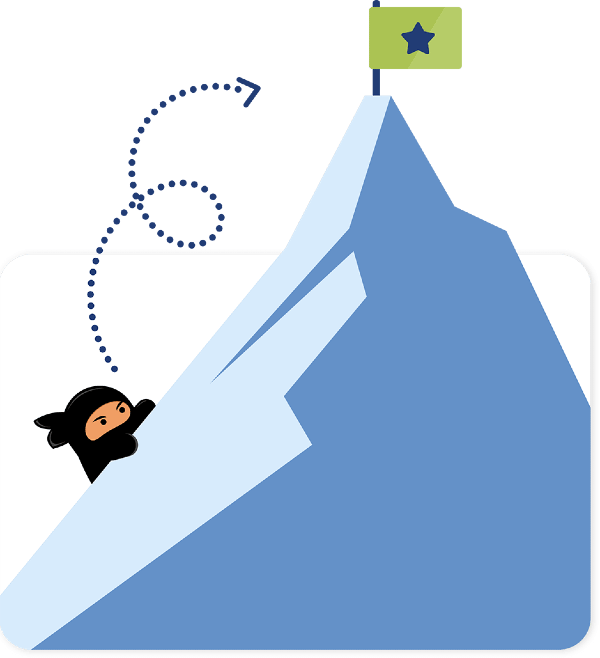 We helped our first ever client go from flat broke to able to get on the property ladder and buy a house — and since then, we’ve been hooked on having that kind of impact. The buzz we get from seeing a client’s business smash its milestones or hearing that a marketing manager we work with has just been promoted is a feeling like no other. Digital marketing is our core focus because we’ve seen what it can do for the people and businesses involved.

That’s why it’s our goal to be the UK’s best digital marketing agency for SMEs by the end of 2023.

We measure “best” by six specific metrics that are tied to:

Each quarter, we measure our performance against competitor agencies and calculate our position in our internal league table.

At the core of our goal is our clients’ results. The ONLY way to get to our goal is to help our clients reach theirs, and that’s exactly how it should be.

Unlike the generic “values” written on a tatty poster in the stained reception area of a grim local office, we identified our values together as a company. They guide everything we do, and when we’re unsure of what to do in a situation, we consult our values to discern the best possible course of action. 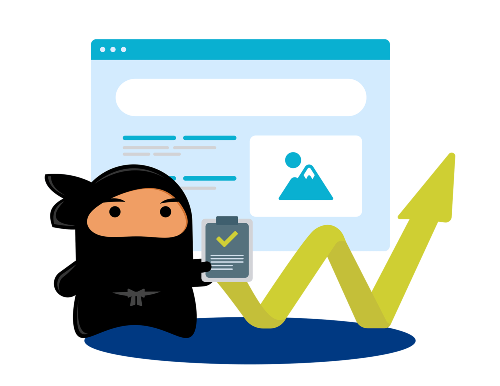 From the moment you come across EN, you are in no doubt that we’re obsessed with impact. We want to help you grow – whether or not you’re a client yet. Once you become a client, we want to become an indispensable part of your team through the impact we have on your business. 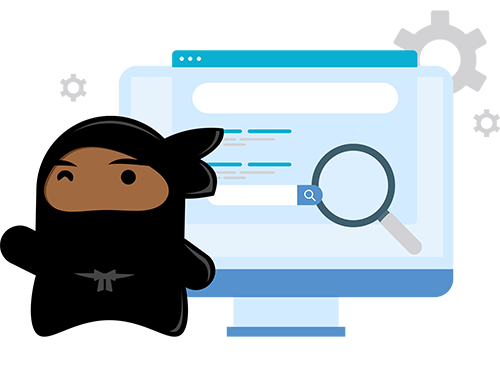 Business can be tough and you are busy. That’s why we’re the relentlessly proactive marketing team you have always wanted. We’ll tell you the things you can be doing, show you the opportunities for growth, and willingly take the lead on the direction of your marketing work. If you want to collaborate or lead us, we love that too. But rest assured, we will never stop suggesting and testing ways to help you grow. 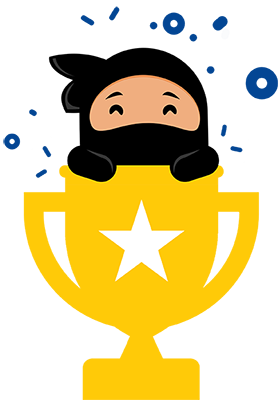 We enjoy the journey

We’re committed to helping you enjoy the journey with EN. That’s why our processes and team are designed to be as stress-free as possible for you. We believe that marketing and business growth are – and should be – fun! And whilst there will often be unexpected bumps and challenges, we respond to them with positive energy, knowing that success is not about how you avoid challenges but how you overcome them.

Our Team Is Diverse
and Inclusive

Our team comprises over 100 Specialists working 100% remotely (aside from an ill-fated office experiment in 2014) across the UK and the rest of the world. We take pride in the diverse, inclusive and fair workplace we’ve built together.

Exposure Ninja welcomes people from many walks of life to work in a safe and open environment. We want to enable people to be their best selves without the risk of discrimination based on their gender, race or any disability they may be living with. 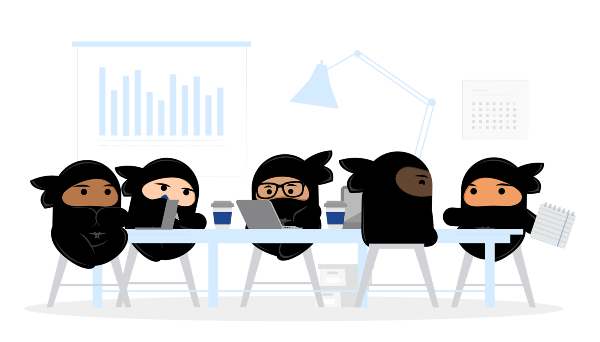 By making our people, our clients and our commitment to diversity, inclusion and improvement our obsession, we’ll continue to deliver the high-quality, results-earning, investment-returning digital marketing that hundreds of businesses have found with Exposure Ninja.

If you think we might be a good fit because you’re looking for an ambitious, hard-working and honest digital marketing agency, let’s talk.

Request a free digital marketing review today, and our Digital Marketing Consultants will send you a 15-minute video showing you how we’ll help your business to reach your marketing and business goals. From there, we’ll arrange a consultation to discuss your goals in more detail and put together a plan for world domination. 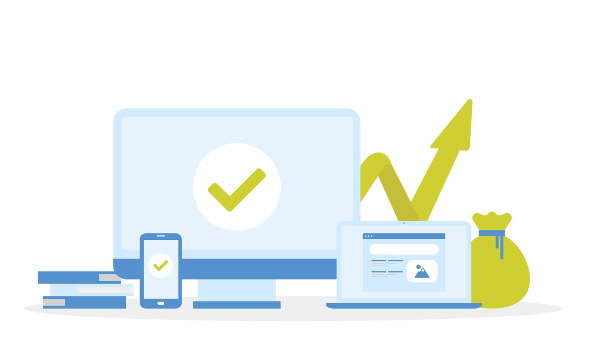