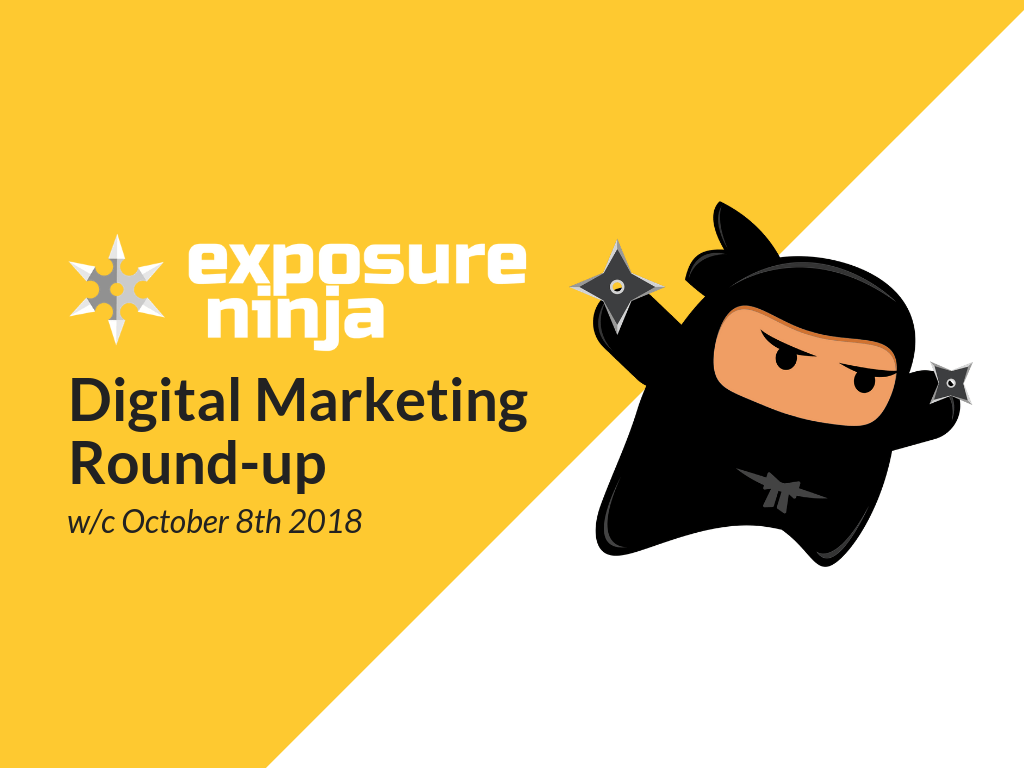 In this week’s Round-up we’ve learned:

? Google made further algorithm changes on its birthday
➕ Google finally put Google+ to bed
? WebP file format is shortly coming to Edge and Firefox
? How to do local link building using Python and Google Places

Jump to your favourite marketing subject:

Google Celebrates Its Birthday with an Algorithm Update

Just when we’re all putting on our pointy birthday hats and reaching for a slice of vanilla sponge cake, we hear the murmurs of an algorithm change.

Starting on September 27th there had been a lot of discussion in the SEO community of increases and decreases in both traffic and ranking positions. This was further researched by Sistrix who have speculated that the algorithm volatility could be a rollback of the Medic update.

As of this week, there are still ranking and traffic changes happening across thousands of websites and no immediately obvious cause has been established.

Google+. Once a much-adored social network by SEOs who doubled-down on its advantages for ranking in the search results (before the SERPs turned into a cesspit of noise), it’s now set to be sent to the same graveyard as Google Reader.

The social network never really took off and was only really used in force by SEOs and a die-hard dedicated fan base for some of the communities that took off there.

Personally, we’re glad to see the network disappear, as some of the best components of the platform have already been pulled out and turned into useful systems, such as Google My Business.

At this point, it’s hard to see how Google will move forward in the social media space. There are clearly enough networks available that another one really isn’t necessary at this stage, so if the team at Alphabet have any sense, they’ll make an acquisition instead.

According to RankRanger, an SEO software company, the length of the title tags of pages in Google’s search results pages may have been extended by as much as 20%, according to its SERP feature tracking tool.

The company tweeted about a noticeable increase and stabilisation of the tag length from September 12, which was then picked up and reported on by Matt Southern for Search Engine Journal.

This is not the first time the title tag length has been extended in the past twelve months, with the most notable being a character limit increase in December 2017.

Our words of advice would be to not update your title tags just yet. It may be worth experimenting with the top 5% of your most profitable URLs to see if you can improve the click-through rate to your pages, but take caution with optimising anything more than that at this time. If the change is still here in six months, you may consider updating your title tags sitewide, but always keep in mind that Google is prone to reverting things many months later.

Seeing noticeable increases (circa 20%) in the average length of a result’s title on desktop in multiple markets: https://t.co/XGjHJRMXfH #SEO pic.twitter.com/DX8Lylaare

Building local links (for Local SEO)can be a time-consuming and difficult process. It is, however, incredibly important and unavoidable. So when a genius SEO pops up with a usable script for improving this process, you can bet we’ll stop and pay attention.

Writing for the Go Fish Digital blog, Jake Ratliff has documented his process of using the coding language Python and the Google Places API to find a list of local business websites — within a geographical range of your business — that could be possible candidates for outreach.

What we love most about this is the time-saving aspect of the script. This is very important work for Local SEO, but it takes a long time. Any tool or script that speeds this up absolutely goes into our toolbox.

In our last Round-up, we touched upon the WebP filetype — co-developed by Google — and the page speed benefits it carries compared to some other filetype options.

In the original image optimisation blog post, the author, Marcin Gorczyca mentioned that the format was not yet formally adopted by all browsers — but there’s good news on the horizon.

WebP support will shortly be coming to Edge and Firefox, meaning that you can already start to consider adopting the format (if you haven’t already) across your website.

If you’re running WordPress, there are — as always! — plugins at hand to help you switch over, including this WebP Express plugin by Bjørn Rosell.

You can track the adoption and use of the WebP format across the most common browsers using CanIUse.com.

In July of 2018, Google announced and pushed a mobile-focused page speed algorithm update. This update further concentrated on how successful user experiences depend on fast-loading websites and that (not always, but for the most part) the fastest website wins.

There has been some speculation behind what may have changed in the way Google reviews and measures page speed as part of its algorithm, but some of the most concrete research and findings have been published by Aleh Barysevich, the founder of the Link Assistant SEO tools suite.

In his article, “3 Changes to Mobile Page Speed & How It Impacts Search“, Barysevich explains how his own research has identified essential knowledge on how Google gathers its data compared to alternative page speed measuring tools.

Barysevich’s article goes into good detail on the difference between how the most common page speed measuring tools use the time to First Contentful Paint (FCP) and DOM Content Loaded (DCL), compared with Real User Measurements, the metrics pulled by Google from the anonymous data of Chrome users.

I won’t go into more detail than this, as there’s no real way to summarise the changes better than Barysevich already has, so I’d strongly suggest you read the article, as the way in which we think about page speed testing has been significantly changed.

As an aside, you can catch Barysevich’s BrightonSEO presentation on “Winning with Mobile Page Speed” in the recently uploaded video below.

Joy Hawkin, the Local SEO whizz, brought the new Migration Tool for Google My Business Agency Dashboards to the community’s attention last week, pointing out that it’s now easy to gather a number of properties into one easier-to-manage account.

Have a read of the quick guide to compiling your own Agency Dashboard.

88% of Shopify Stores Have Google Analytics Set up Incorrectly

In Upton’s post, he shares some of the most common set-up and tracking errors found in this research, which included an issue with order volumes not being tracked properly.

The big takeaway from this is that missing data can lead to missing sales. Think of all of the additional improvements an eCommerce store could make to its pages and checkout process if it only knew more about the users who convert AND those who don’t convert. Without proper tracking, it is nigh impossible to know your customer fully and deliver a product offering that satisfies their needs and gets them reaching for their wallet.

All businesses want to be found by their target market, but not every business wants those customers to turn up at their door. This creates a problem when you’re working on your Local SEO campaign, which, as required by Google, needs your business information out there on the web for people to find — but there is a solution.

If you want to have your business listed online, but don’t want people to see where it is located, you can focus on using directories that allow you to hide your address.

There aren’t a lot of directories that allow you to do this, but there are enough important ones that do.

Writing for Whitespark, Nyagoslav Zhekov gives further details on your choices for building citations if your business falls into this category.

How to Prepare for Black Friday

Black Friday, the intense and questionably absurd shopping event, is only a few weeks away. If you’re a retailer, it’s highly likely that your prospective target audience is already thinking about the potential Black Friday offers coming up and whether they should wait around until the event before making a purchase. If the day comes around and your competitors are playing the game and you’re not, expect your audience to think twice about where they make their purchase.

If you’ve yet to do any preparation for Black Friday, we can thoroughly recommend the “Preparing for Black Friday: 7 Strategies for Holiday Marketing” article written by Hallam founder, Susan Hallam. 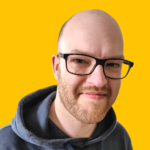 About the Author
Dale Davies
Dale Davies is the Head of Marketing for Exposure Ninja. Dale's job is to promote our brilliant team and earn leads, leads, leads. After spending...
Read more about Dale Davies