Why Brewdog’s Digital Marketing Strategy Is a Huge Success 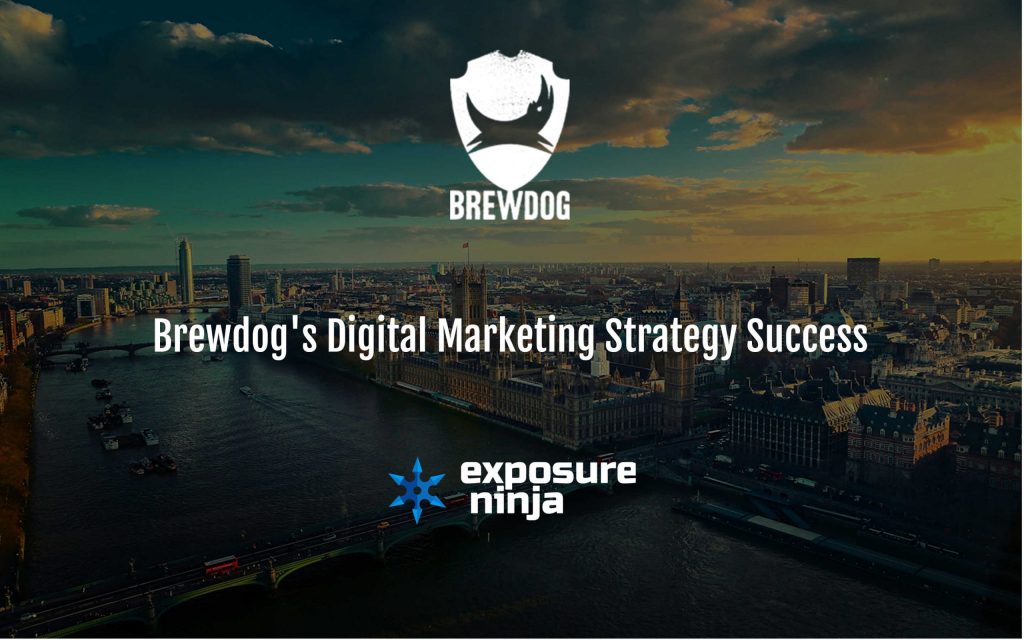 Giving out their recipes, doing crazy marketing stunts, and receiving MBE’s are just a few reasons why Brewdog have hit the headlines. Our digital marketing experts at Exposure Ninja look into their secrets of success.

It was a typically cold British Tuesday morning when us digital marketing experts at Exposure Ninja were sat around our laptops with our much needed morning coffee. We started talking on our communication channel, Slack, when all of a sudden, somebody mentioned Brewdog and the opportunity to invest in their shares.

We all instantly knew the brand and started discussing their shareholder scheme, their marketing techniques and of course, their products. Yet none of us were anywhere near a pub.

How did this happen? How can an entire team of people collectively engage with this brand so easily and so far away from their much-loved beers? The simple answer is because they’re different, because they’re bold, and because they know how to market their products to get ultimate engagement.

The Rise and Success of Brewdog

In 2007, Brewdog started with two men (James Watt and Martin Dickie) and a dog. As of 2015, Brewdog has over 450 employees, 32,000 shareholders, and 44 bars worldwide. It’s an impressive increase for any company, but particularly a company which has high global competition. Brewdog fights against their competition by offering unique, tasteful craft beer, which was something relatively new and unique for beer-drinkers back in 2007.

Since then, the company has grown and expanded, so much so that it’s “the fastest-growing food and drinks producer in Britain” in the past four years. Although this year saw a slight dip in profits, the revenue is increasing and the opening of a brewery in the USA demonstrates the company’s desire for growth.

How exactly has Brewdog done so well? While their achievements certainly do come from their products and their eagerness to be different from other beer companies, their accomplishments have also been due to their extrovert marketing strategies and outspoken founders.

Brewing the strongest beer in the world, driving a tank down Camden High Street, projecting naked photos of themselves onto parliament and of course, brewing beer at the bottom of the ocean had lead to some attention-grabbing headlines from the media.

However, their passion for being seen and heard hasn’t been appreciated by everyone. It comes as no surprise that they have conflicted with many people and businesses involved in the beer industry over the years.

There’s been more than one incident with the UK’s main alcohol regulator, The Portman Group. Creating an 18% Imperial Stout and describing one of their beers as “aggressive” means Brewdog have come under criticism for promoting beer which is both too strong and sends the wrong message. The Guardian also reported that veteran beer writer and Camra grandee Roger Protz, described the Brewdog founders “lunatic self-publicists” and “over-inflated ego-maniacs.” Naturally, this hasn’t kept the pair on good terms with him either.

They also clashed with the Advertising Standards Authority (ASA) when they described themselves on their website as a “post-punk apocalyptic mother fu*ker of a craft brewery.” While a great online marketing strategy is to create awesome copy for your website, not everybody agreed that this language was the way to do it. The ASA argued that the one asterisk wasn’t enough to conceal the offensive swear word. Co-founder James Watt responded to this by saying that they had no jurisdiction and continued to use another swear word to describe the ASA itself. This created more headlines and got even more media attention than the initial ASA comment.

Rather than just pulling off publicity stunts and responding negatively to criticism, Brewdog have used their brewing skills to increase their customer diversity by introducing vegan beer. Unknown to some, not all beer is actually free from animal parts, and so Brewdog announced and registered 23 of their beers as vegan. In a world which is becoming more conscious of what we put in our bodies, this move generated new customers and appealed to those who were already fans of the company.

Somewhat controversially, they also released a Transgender beer entitled “no label”. While their intentions may have been good, with some of the profits being donated to an LGBT organisation, others are sceptical. The language used to describe the beer and the name itself made some people in the LGBT+ community believe that it undermines the diversity of transgender groups.

While new beer and marketing strategies can create a stir, one thing which Brewdog have boldly done with great success is open up their shares for people to buy. Their Equity for Punks investment is so popular that they’ve now opened it up in the USA.

Investing is simple. With a few clicks and you can contribute shares of up to $50,000 (if you’re really keen!). Investing in shares comes with many perks such as discounted beer, a free tour of a brewery, and being invited to the AGM. If shareholders recommend more people, they then reap more benefits.

This new way to gain shareholders has been seen, much like Brewdog, as both brilliant and controversial. By crowdfunding and having shareholders who are genuine fans of the product, the company haven’t needed investment from big businesses, meaning they can maintain their small business appeal which so many people love about them. However, are you able to sell your shares? No. Will you see much return on your shares? Probably not. Crowdfunding is risky business, yet Brewdog has confidence that it will enable their company to grow.

What is Next for Brewdog and What Can we Learn From Their Success?

Despite the UK’s decision to leave the European Union, Brewdog outline that in 2017 they will be continuing to export and increase their presence in Europe. Next year will also involve the opening of their USA brewery, which has taken longer than expected.

While we can look at the merits and controversies of Brewdog’s business structure, what can we learn from their success? While many people don’t like their uncensored mouths and narcissistic behaviour towards themselves and their beer, there is no doubt that we can’t admire them for their achievements as a business.

One of our very own digital marketing Ninjas invested in Equity for Punks. She enjoys the benefits and the fact that the company isn’t all about being corporate; it’s a dialogue with fans to help their company to grow.

Is this the way forward for new small businesses? Engagement with customers to find out what they like or dislike to create products which are sure to be a hit is surely an excellent way forward. This strategy seems to have worked well so far. As for their extrovert marketing techniques, I have no doubt that these will continue in the future to keep up the Brewdog facade which people seem to love and hate.

Want your business to expand like Brewdog? Exposure Ninja are SEO experts in Nottingham who offer Ninja-style online marketing services for eCommerce companies. Be sure to claim your free marketing review for expert advice on how to improve your online marketing strategies. 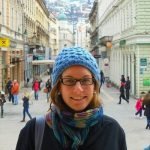 About the Author
Helen Anglin
Helen has been working at Exposure Ninja for over three years, in the content marketing department. With a degree in Sociology and Drama, and HubSpot...
Read more about Helen Anglin