How To Promote a Blog Post Using Social Media and Aggregators 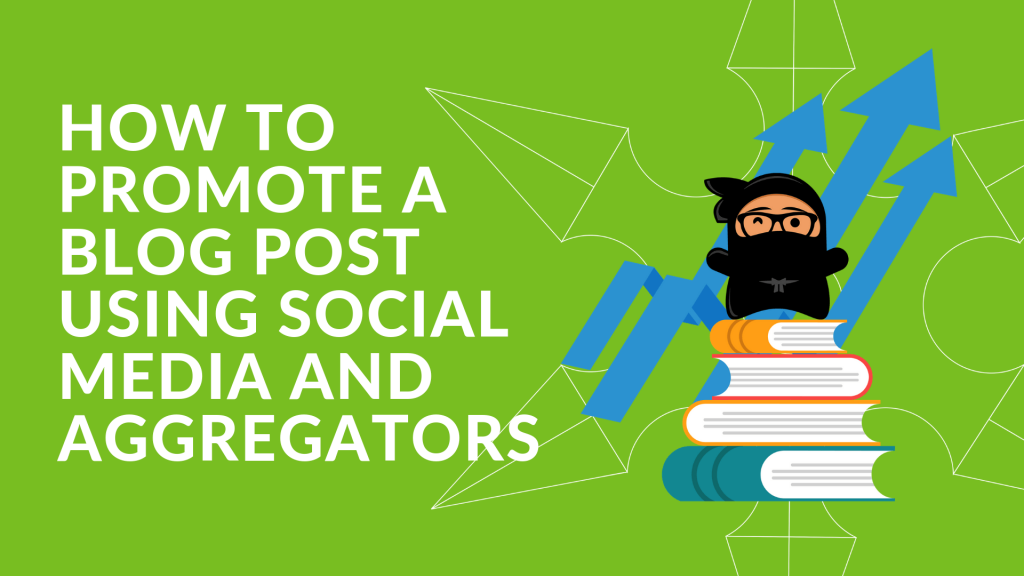 So, you’ve released your blog post onto the world. Great! But the fun doesn’t stop there. Now, you need to learn how to promote a blog post.

Giving it the social media coverage it deserves is step one. Uploading it to aggregator sites is step two. Step three is basking in the glory of a well-publicised blog post all thanks to an awesome content marketing plan.

Do I really need to learn how to promote a blog post? Isn’t as simple as going on Twitter?

As with blog posting frequency, you don’t want to stretch yourself too thin. That said, you also don’t know where your audience is until you have a go with each site. So, don’t be afraid to experiment.

How to promote a blog post on social media

Part of the joy of blogging is having loads of awesome content to share on social media. It’s tough to think of witty, engaging tweets three times a day, so having blog posts to share takes some of that pressure off.

Here are a few rules of thumb about posting on different social media channels:

On Twitter, you only have 280 precious characters to work with. Use them wisely. A study from 2012 suggests that Tweets with more than 70 characters get better engagement. Something to bear in mind! Write out your blog post title and two to three relevant hashtags, along with a killer photo that you’ve used in your blog.

Retweet anyone who shares the article (such as the publication, the client, or anyone who’s read it). Respond to all engagement with these tweets as much as possible. If you want to get your tweet retweeted, politeness helps. One study suggests that simply using the word “please” gives you a higher chance of getting retweeted.

Don’t worry so much about the time of your tweet. Research shows that it can vary wildly depending on a multitude of factors. Tweeting at peak time (like noon) might sound like a great idea, but it also means that your tweet has a greater potential of being drowned out by all the other tweets. For a fuller breakdown of all this, check out Buffer’s blog post on the topic.

Finally, consider calls to action and questions in order to generate a response. Imperative sentences start with verbs and are perfect for the fast-paced world of Twitter: “Read this article…”, “Check this out…”, “Imagine you were…”, “Ask yourself…”. Questions are a great way of directly asking for engagement.

Facebook gives you the chance to write a little more about your fancy new blog post. Don’t go overboard, though, and remember that an attractive image is always the most catchy thing about a Facebook post. Leave hashtags to a minimum here.

Knowing how to promote a blog post on Tumblr means mastering the multimedia experience. Gifs, text posts, photos and videos all do well on Tumblr. However, this isn’t like Twitter, where you’re posting into a public domain. The key is tapping into Tumblr’s unique, tight-knit community. You can’t be an outsider on Tumblr; you have to be part of the clan.

The median Instagram user is an 18-29 year old woman, who earns less than £22,000 a year, has some form of educational qualification past high school, and lives in the city. While all that is perhaps interesting, what does that tell you about the sort of content which you should post on Instagram?

It doesn’t really tell you anything. Rather, the best way to figure out what to post on Instagram is to take a good hard look at it. Instagram is all about the image. Make it bright, bold and beautiful, and don’t be afraid to hashtag. You can never hashtag too much on Instagram, so find all the relevant and popular ones and just go for it.

Minimalist photographs and well-made blog title graphics are hugely shareable. If you’re writing about a topic that fits in with the popular themes of Pinterest (e.g. DIY projects, vintage style, interior design), these graphics are the way forward. Canva is a free, awesome tool that even non-designers can use to great effect.

With Google+, you’re free to write a lengthy description, but you’re unlikely to get much engagement (only 1% of those with a Google account are active on the social media channel). However, it’s still good to show your face in several different places on the web, so it’s worth persisting with Google+.

Once you’ve posted to all these social media channels, it’s essential that you repost later on. Print off Quicksprout’s social media sharing timeline and go through each step for every new blog post. Reposting will ensure a steady stream of traffic, even weeks after posting.

If you want more nuggets of social media wisdom, we wrote the book on social media success. It’s called Profitable Social Media Marketing and it’s absolutely tip-top — if we do say so ourselves.

LinkedIn has skyrocketed to popularity in reason years and become the place to post business-related blog content. To learn how to promote a blog post on LinkedIn, you need to learn to respect the much more formal and sophisticated feel of this social media network. LinkedIn users tend to be older, wealthier professionals and the whole network has an appropriate seriousness to it, which just doesn’t exist on any other social media channel.

As such, an analysis of 10 million articles shared on LinkedIn by Buzzsumo revealed many things. For one, LinkedIn users liked headlines of about 10 words (as opposed to the 15-word headlines which do better on Facebook). This is perhaps because they are strapped for time in a way that the average Facebook user isn’t.

In other words, time is money. So, make your point on LinkedIn and make it quick and snappy.

LinkedIn users also prefer phrases in their headlines which wouldn’t look out of place in the Economist, the Financial Times, or the Wall Street Journal (such as “The Future of…”, “How to Make…”, “Why You Should…”) than they would be in BuzzFeed or the Daily Mail (such as “…Will Make You Cry”, “…And People Are Freaking Out!”).

However, posting links on Reddit is not a simple thing. Redditors, by and large, are against promotion of any kind. Though, despite their dislike, Reddit is a great place to post because people go there specifically to learn/read things.

All of this work is worth it. Reddit is one of the best places to make something go viral and it’s also a massively untapped resource, so use it wisely. Engage with your Reddit post as much as possible and it’ll go far.

And, last but not least, MySpace

How to promote a blog post on aggregator sites

The next step, after social media has been dealt with, is to post your content to aggregator sites. These are websites that collect a bunch of article links and highlight the ones they think will be of interest to their users. We’ve already mentioned Reddit (which is technically more of a content aggregator site than it is a social media network) and you’ve probably heard of some other content aggregators like BlogLovin’, StumbleUpon, Delicious, and Digg. However, there are also industry-specific sites, too, such as:

However, before you start posting on aggregator sites, you need to be an active member. Just as with Reddit, if you just show up and start posting links to your articles, they’ll probably be flagged as spam. Commenting on other people’s stuff will show that you’re a legit member of the community before you start promoting your business.

Should you respond to comments?

Replying to comments, regardless of whether they’re good or bad, is a must. It shows that you care about your audience and aren’t just writing blog posts for the sake of it. If someone takes the time to comment on your content, the least you can do is reply with a message of thanks.

Positive messages are easy to deal with, as are questions about the content of your blog (providing you are an expert on that subject — and you are). If, however, the comments take a negative turn, sending a public reply becomes all the more important. Be calm, be polite, and try not to make any of these mistakes.

So, now you’ve got all you need to start blogging for your eCommerce business. We’ve guided you through the entire process, from finding your blog’s focus to what to do after posting a blog.

If these content marketing tutorials have left you feeling hungry to kickstart your business’ online presence, we’re happy. In fact, we’re absolutely over the moon.

However, should you need any more assistance, we’ll gladly provide it. Grab our free website and marketing review to take your business to the next level — Ninja Level. 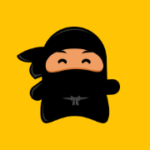 About the Author
Shinobi
Shinobi is Exposure Ninja's marketing master. Trained in the fine arts of increasing traffic, leads, and sales for ambitious businesses.
Read more about Shinobi