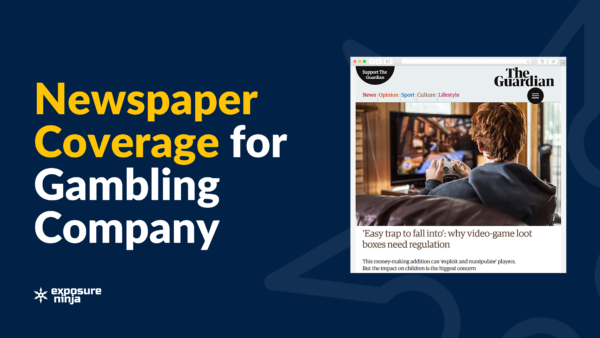 Our client runs a website that reviews online gambling sites. He makes money through affiliate links. This means when a player comes to a gambling website that he’s reviewed, based on his recommendation, he earns a cut.

Our client had a clear business goal: get more people on his website and have more of those people start playing on site’s that he recommends.

We started by improving our client’s website. We worked on the design to make it look more modern and appealing to users. Our Content Marketing Team also contributed by writing new guides and reviews and improving old ones.

We also decided to build backlinks to our client’s website, but this isn’t always easy. As a rule, respectable websites don’t link to gambling websites. By linking to sites that feature gambling, you can end up in what Google calls a “bad neighbourhood”. This means that earning backlinks for gambling sites is extra challenging.

One of the best ways to be featured in the news is to add something of value to a current conversation. At the time, we noticed that video game designers were making a controversial killing by selling players “loot boxes”. Loot boxes are virtual crates of random prizes, like a digital Kinder egg. As with slot machines, players put in a couple of quid at a time in hopes of a big payout. But unlike with slot machines, many of the people buying loot boxes are children.

Here’s the story being covered by the BBC, and here’s The Guardian with the same story.

Next came the data part. While lawmakers and some remorseful players were getting coverage, no one had checked the mood of the general public. Easy to fix!

We commissioned a survey and asked respondents what they thought about loot boxes. We got our headline: 60% of the people we asked were in favour of regulating loot boxes.

We wrote up a blog post announcing our findings and published it on the client’s website. To make a little more noise, we also wrote up a press release and sent it to various media outlets. The humble press release has a bit of a bad name in SEO circles these days, but provided you’ve actually got something newsworthy to talk about, it can help you get noticed. 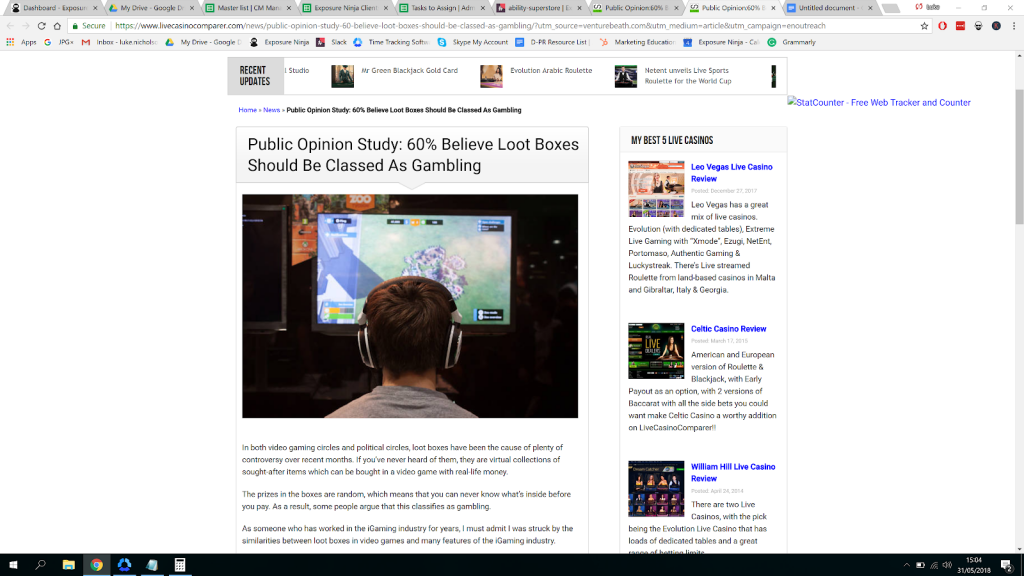 Caption: Above is the blog we published on our client’s website, complete with poll data.

A few weeks after we distributed the press release, we got exactly the result we were hoping for. The Guardian website (a national newspaper in the UK) had linked to our research in a story on loot boxes. This meant that we earned our client an extremely valuable (follow) backlink that would help bring many more users to his website. 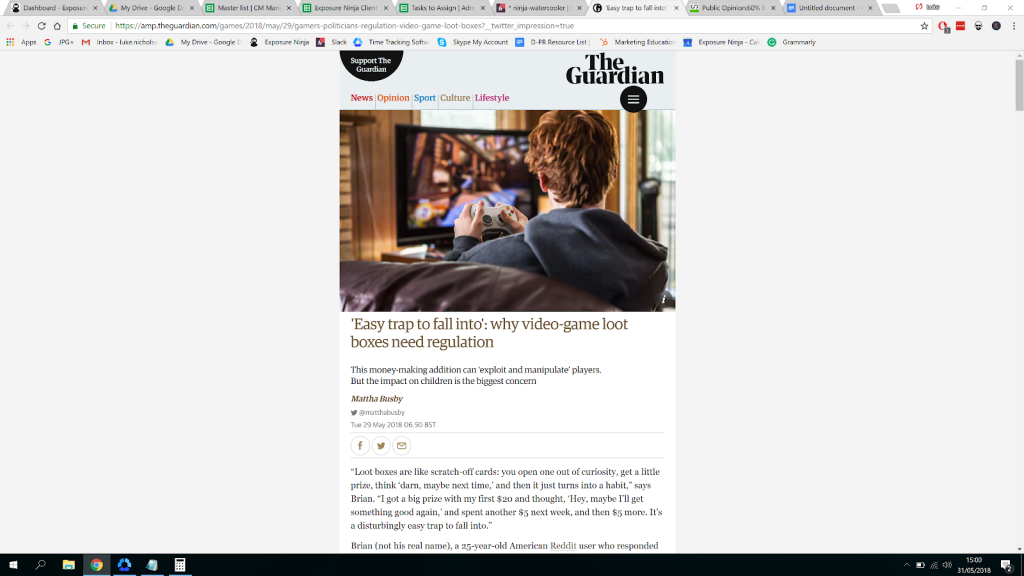 Caption: The Guardian featured our research in the story pictured above.

This piece of work, alongside others, made a massive difference to our client’s business. In roughly 18 months, we increased the number of completed organic goals on his website by 176.21%. In plain English, we more than double the amount he was earning from his website — making his investment in digital marketing a very wise move.