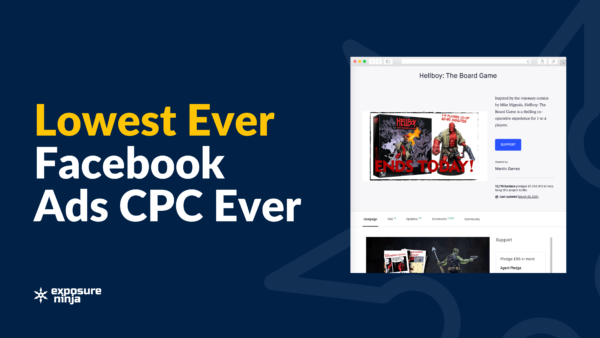 A publisher of premium board games and miniatures came to Exposure Ninja for help promoting their latest Kickstarter for the Hellboy Board Game. 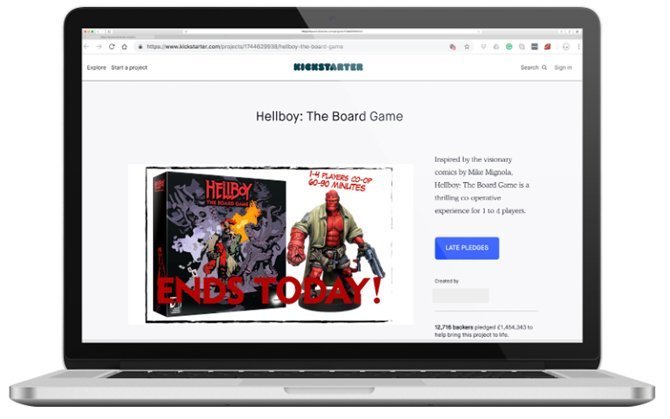 It was important for the board games publisher to maintain a high level of engagement throughout the Kickstarter and continue to receive pledges to their campaign. 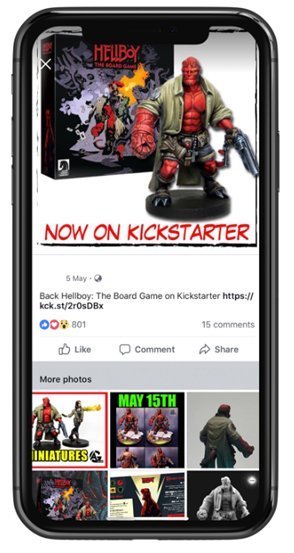 The publisher already has a strong presence on social media, and so Facebook Ads were a natural fit to capitalise on this. We also felt that social media ads would be a good fit for this client due to the “coolness factor” of the product being one that people would happily engage with.

We split the target audience out into groups depending on their interests, so that we could highlight to them the elements of the kickstarter that would be most appealing to that group. For example, miniatures fans were more likely to be interested in the cost per miniature included with the board game. Whereas board games fans would be more likely to be interested if it’s similar to other games they already know and love, or based on the previous work of the board game creator. We also split the audiences by location as well, targeting both UK and US customers. This allowed us to use the correct currencies for each audience.

For this campaign, we were able to use some fantastic imagery from the publishers. This helped the ads to stand out in the news feed.

What happened in the short term?

Overall our engagement campaign received: 304 page likes at a cost of £3.49 per page like and an average link click CPC of £0.11 — which is one of the lowest CPC’s we’ve ever seen for such a highly targeted campaign.

The campaign received 2598 reactions, 235 comments and 369 shares on the ads — which has significantly helped the publisher to engage with their fans.